When a campout is announced for T@Bs and T@DAs, we’re finding that it’s hard for us to resist making the trip.  We’ve met such great folks and garnered knowledge that makes it easier and easier for us to camp for extended periods in the Fireball.  So, when the call came for an Unrally in NC this month, we knew we had to attend.  That was the right decision.  Great weather and wonderful camping in a new location. 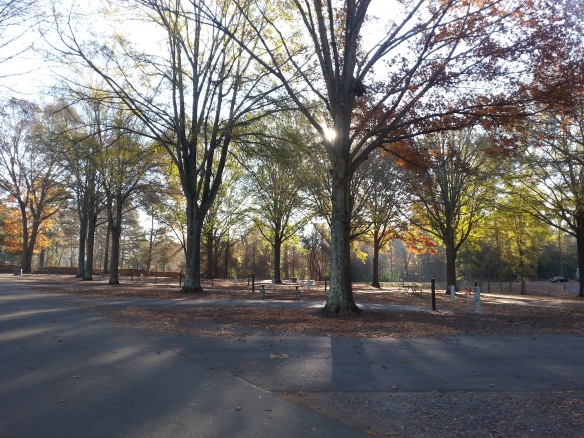 the campground was nearly deserted when we arrived on Wednesday.

Tanglewood is a huge county park in Clemons, near Winston-Salem.  Its nearly 1200 acres offer something for everyone, and I’m not exaggerating.  There’s a nice campground (sorry, no tents), lots of paved trails for walking, cycling, or skating.  A dog park.  BMX park, a huge waterpark, bridal trails, mountain bike trails, stables where you can board your own horse, or go for rides or hayrides 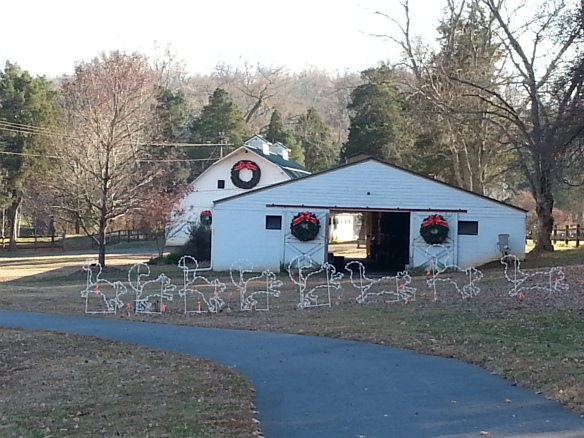 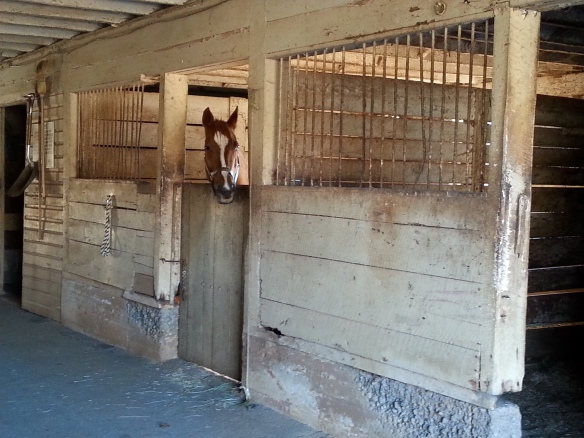 an equestrian ring complete with jumps and steeplechase-type gear, cricket and rugby fields, tennis courts, an outdoor amphitheater with a covered bandshell for concerts, and cabins to rent. 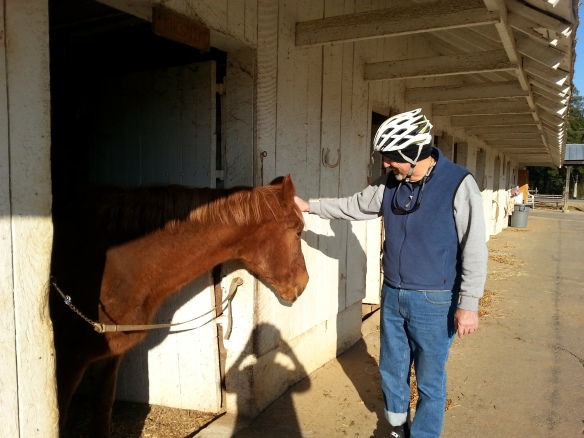 Oh, and a golf course.  An arboretum and children’s garden. 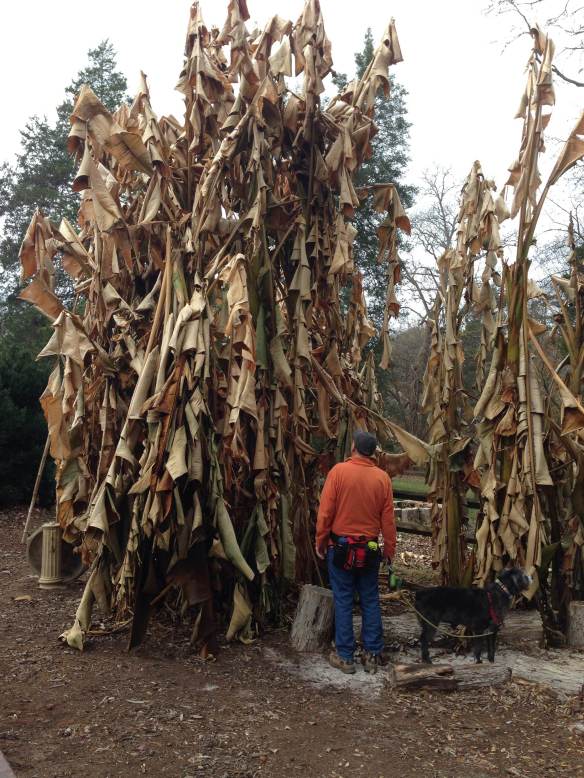 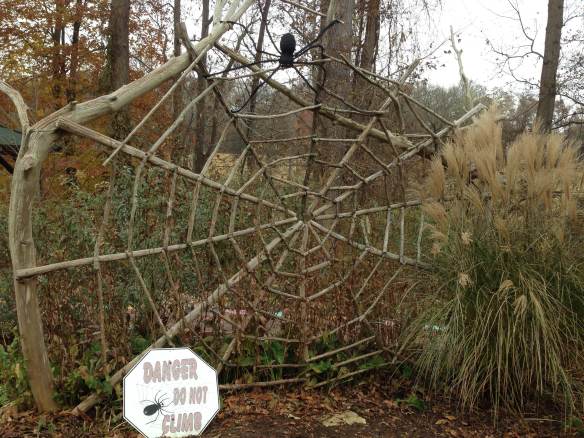 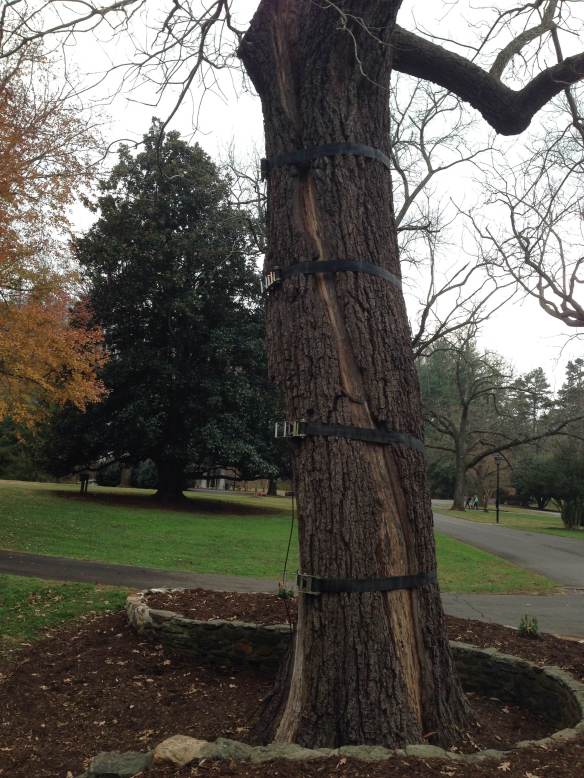 the State Champion chestnut tree is belted together. 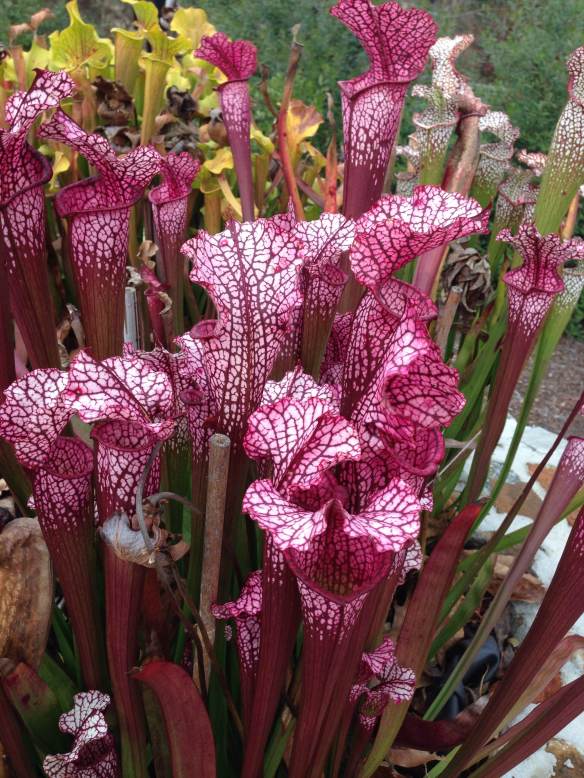 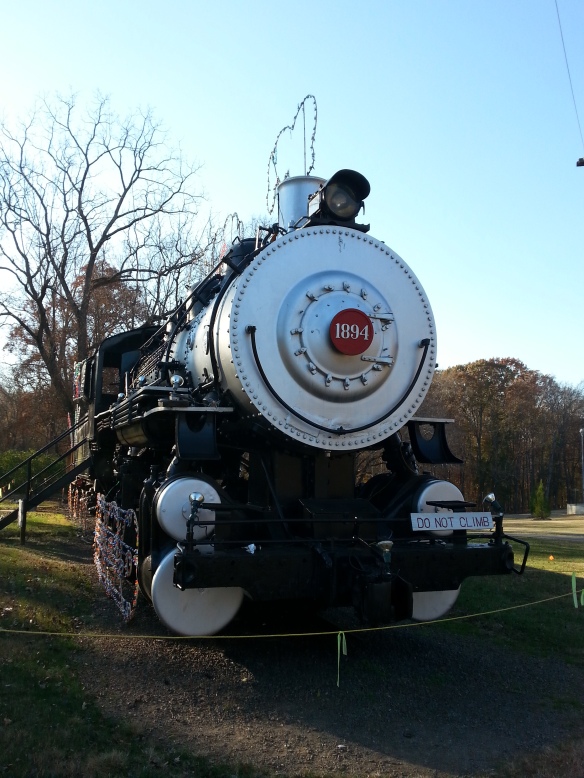 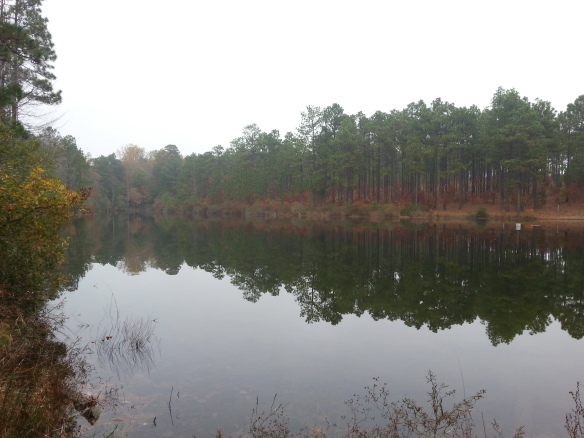 And a B & B.  All beautifully manicured.  One has to applaud the foresight of the county planners and the taxpayers for supporting this graceful, lovely park.  An enormous holiday light show was in preparation stages – huge displays which highlight the features of the park. 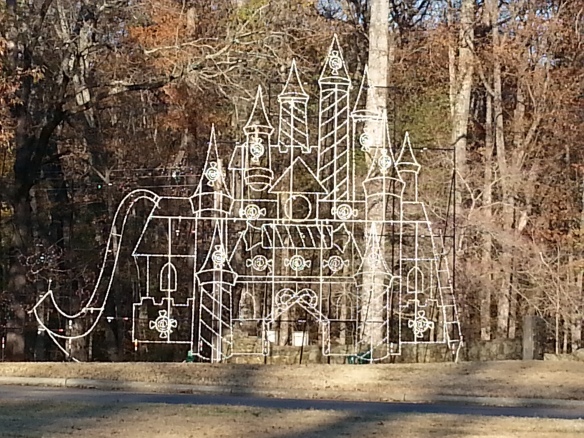 We had to laugh when we compare it to the big “million light” show in Grand Rapids, which mostly features bowling penguins and skiing reindeer in a lighted candycane archway.m

All the campers were new to us, although most of them knew each other.  There were 7 T@Bs, 2 T@DAs, one R-pod, and one 1957 DeVille (oh, it was beautiful, but I didn’t get any photos).  There were T@Bs with lots of experience, and a few which had barely hit the road.  It’s great to see how everyone adapts their own camper to suit their needs.

Friday afternoon was spent at a Foothills,a terrific brewpub in Winston Salem with Alex and Jen, the other T@DA owners.  Saturday, we drove to Pinehurst with Chuck to watch the NC State champion Cyclecross race.  This course was ridiculously difficult -deep loose sand in many places, including a steep ledge where riders had to dismount and carry their bikes. 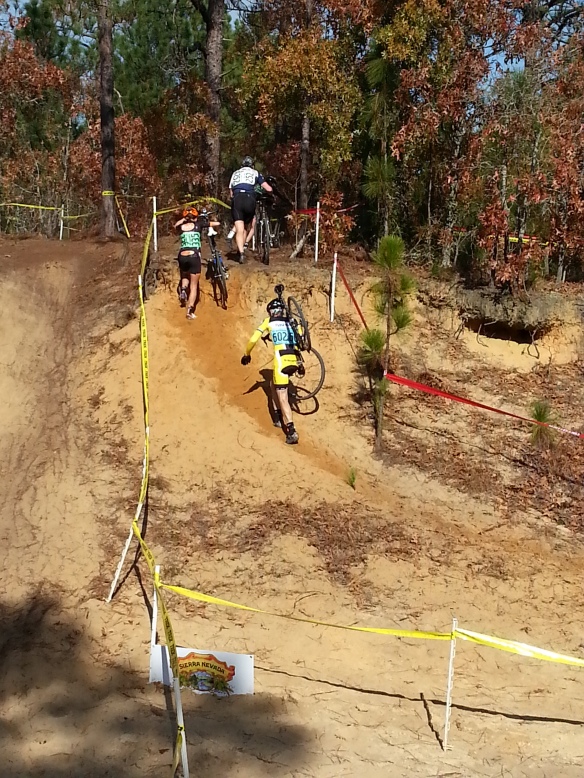 Of course, they also had to ride back down the same ridge, resulting in many comical unintended dismounts. 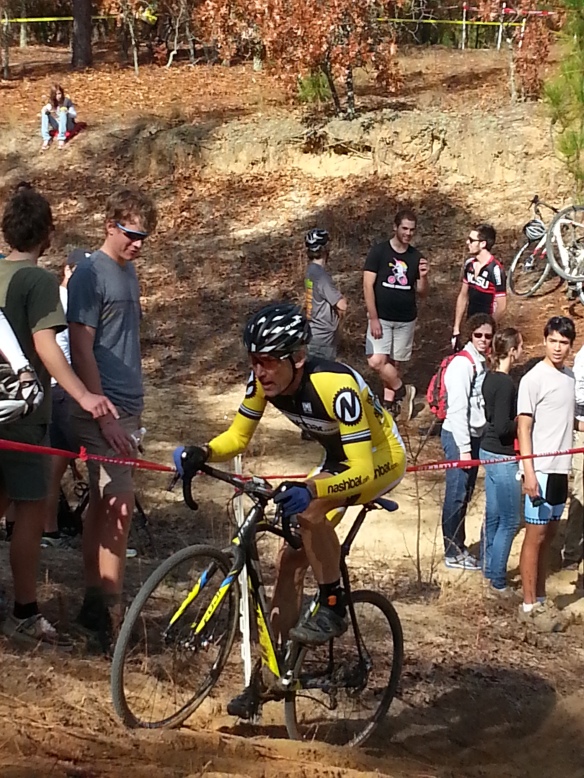 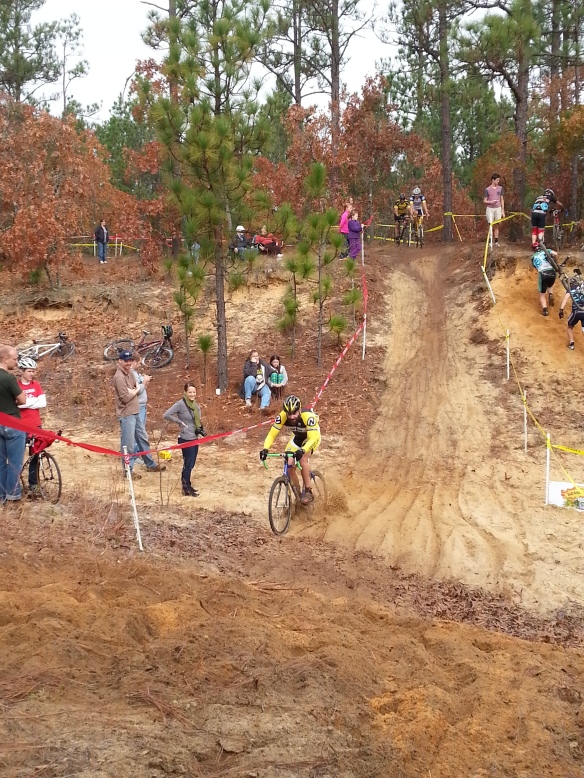 Falling into the deep sand was painless (for most), and with curses, grimaces, and a few rueful grins, most hauled their bikes back up and resumed the chase.  The race was a terrific way to spend a sunny Saturday afternoon.  Chuck did himself proud, racing to 2nd place in his age group.

Saturday night’s potluck was followed by Sunday departures for everyone but us.  We spent the day on foot, covering the rest of the park that we hadn’t explored on our bikes.  A few wrong turns turned our little walk into about a 6 mile expedition.  All good.

Our original plans had been to travel to Pinehurst to see friends for a few days after Tanglewood, but plans are meant to be changed, right?  We decided to head off to Great Smoky Mountains National Park for the rest of our trip.